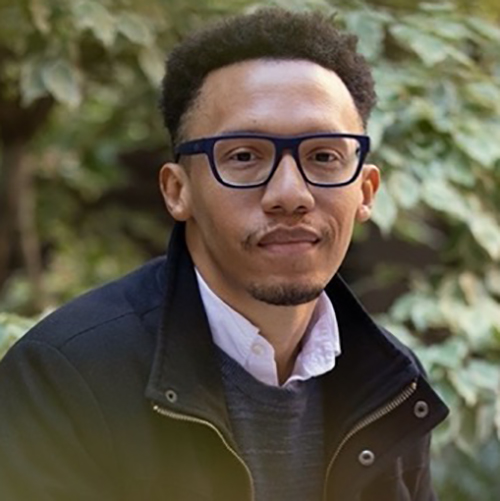 Sidney is currently an assistant professor in the Chemistry Department at UNC Chapel Hill where his research focuses on methods to obtain orphaned cyclopropanes.

Sidney Hill was born in Kinston, North Carolina and began his undergraduate studies at North Carolina State University in 2006. He obtained a B.S. in Polymer and Color Chemistry through the College of Textiles, a B.S. in Chemistry through the College of Physical and Mathematical Sciences in 2010. In 2015, Sidney received his Ph.D. under the supervision of Prof. Richmond Sarpong from the University of California, Berkeley where his research focused on using transition metal-catalyzed cycloisomerization reactions to access natural product scaffolds. Then, he was a UNCF-Merck postdoctoral fellow with Prof. Huw Davies at Emory University in Atlanta, GA where his research focused on developing novel reactions using N-sulfonyltriazoles and rhodium tetracarboxylate catalysts for C–H functionalization reactions.

During his graduate studies. Sidney was also involved in diversity initiatives such as the Berkeley Science Network, and California Alliance programs to address disparities facing minorities pursuing careers in the physical sciences. Since starting at UNC, he has received the ACS Herman Frasch Foundation grant, the ACS Organic Letters Lectureship, and the Thieme Journal Award.