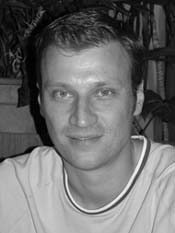 The Yudin group is well known for the development of new tools for chemical synthesis. In recent years, Yudin and his students have pioneered the chemistry of molecules that contain reactive, and usually incompatible, functional groups. This concept of “forced orthogonality” has enabled his lab to develop entirely new synthetic processes based on unprotected aziridine aldehydes (now commercially available through Sigma-Aldrich). These advances have been extensively published in the scientific literature and have been covered by the Chemical and Engineering News and worldwide ACS Webinars. In 2011, the Yudin lab has found a vast and unexplored class of molecules with coexisting α-C-B bonds and aldehyde groups. Following their discovery of α-boryl aldehydes (now commercially available from Sigma-Aldrich), the Yudin lab has developed 11 structurally distinct and new intermediates that were viewed as impossible to prepare, prior to their studies. Yudin and his students have also devised novel methods for making modified peptides, in particular peptide macrocycles, which is a long-standing challenge in synthesis. The molecules developed in the Yudin lab are valuable tool compounds in fragment screening using protein crystallography.